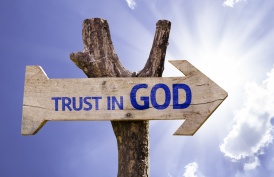 Psalm 37: 39-40: “But the salvation of the righteous is from the Lord.  He is their strength in the time of trouble, and the Lord shall help them and deliver them.  He shall deliver them from the wicked, and save them, because they trust in Him.”

Who are the righteous?  Most of my life I understood that the righteous are those who do right; who live up to God’s standards of behavior; people who don’t  “drink or cuss or dance or chew, or ever run with them that do.”  People who almost always follow the Golden Rule, they lead orderly lives, and raise their children to be honest, law-abiding citizens; people who work hard, and pay their bills, and take responsibility for their own actions, and contribute something positive to the society.  They understand that if you do all these things God will let you go to heaven.

This is the doctrine of works.  It’s about counting.  If your good deeds exceed your ‘bad’ deeds you win.  And they’re in good company.  Most of the people who ever lived on the earth practiced the doctrine of works.  Oh, the rules vary from society to society.  In some places, you had to sacrifice your child to appease the gods.  Nowadays, we don’t practice such barbarities.  Now it’s mostly about money.  Now we sacrifice our kids for our jobs, and we wonder why the kids turn out the way they do.

Just so you’ll know.  All those people who have been, and are now, trusting in themselves, and their works to make them good in God’s eyes, so He’ll take them to heaven, are going to be sorely disappointed.  Even right here and now, they are going to live under heavy burdens because they’re trying to do it all by themselves.

So if we want what this verse offers, then we would do well to heed what this verse says, “The salvation of the righteous is from the Lord, … and they will be delivered … because they trust in Him.”