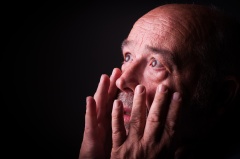 Matthew 25: 14-30: This passage is usually called the “Parable of the Talents”, but I call it the “Parable of the Unfaithful Servant”, because that is what the story is all about.  Y’all know the story.  Three servants (really slaves).  Their master, referred to as ‘lord’ in the story, goes on a long trip.  Before he leaves he calls his slaves in and says, “Slave 1, I’m giving you 10 talents; Slave 2, 5; Slave 3, 1.  Y’all invest the money. See what you can make for me while I’m gone.”  A talent of gold was several lifetimes of wages for the average man in those days.  Estimates have it at $300,000.00 in today’s currency.  (One talent)

Then the lord is gone for a long time and finally comes back.  Slaves 1 and 2 doubled their money.  They were praised and rewarded by their lord, but the Slave 3 only returned the lord’s talent with no profit, and he was blasted.  The talent was taken from him and given to Slave 1, and he was ‘cast into outer darkness’ (you might say damned).  Why did his lord do that?  I mean this guy was a wimp, not worth worrying about. At least he didn’t waste the money. Why did his lord condemn him so bitterly?

Slave 3 says to the lord, “You’re a hard man . . . and I was afraid.”  And his lord says, “You’re wicked and lazy” (you didn’t even try to do good with the money.) I have a theory about why the lord was so angry.  It’s about the servant’s attitude.  He’s afraid of the lord.  He’s afraid the lord is going to do something bad to him.  His attitude is the image of distrust.  He’s convinced something bad is fixin’ to happen, and it’s a self-fulfilling prophecy.  It’s like John 3:18, where Jesus says, “For he who believes (trusts) is not condemned, but he who does not believe (trust) is condemned already, because he has not believed (trusted)”.

And how much did ‘his lord’ dislike this guy’s attitude of fear and distrust?  “Outer darkness, where there’ll be wailing and gnashing of teeth.”  That’s how much.  He hated it.  This should be a sign to us, about how much God, our Lord, dislikes it when we are afraid of Him and don’t trust Him.  We should remember that God looks at our hearts, and what He enjoys most is that we trust Him.