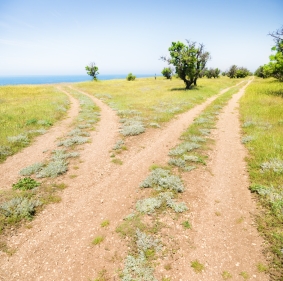 The introductory talk in the Kairos program for the brothers in white in the prison is called ‘Choices’.  The person chosen to make this talk (in fact all talks in Kairos) is given certain points to make during the talk, but there are two basic guidelines for every talk.  1] Write it and give it in your own words, and 2] give a personal testimony that relates to the subject matter.  While in Kairos we are primarily concerned with talking to the participants about God, Jesus and the Holy Spirit, in the ‘Choices’ talk, we are specifically directed NOT to say anything about God or religion or the Bible in this talk.  We just want to get them to think, to think about themselves and their past, to think about how their past choices have affected their lives.  It’s like parents raising their children.  In order for the child to grow up to be a responsible, productive citizen, on a natural level, they need to understand the principle of cause and effect.  “If you do this, this will happen; if you do that, that will happen.”  If we do good things, good things will result.  If we do bad things, bad things will result. There are a number of passages in the Bible which support this principle.  Like, “Be not deceived, God is not mocked; whatever you plant, that is what you’ll harvest.  If you plant to your sinful nature, you’ll harvest destruction.  If you plant to the Spirit, you’ll harvest eternal life.”  Gal 6:7-8.  Just like in Jesus’ story about how you can judge a tree by its fruit.  He says you don’t get grapes from thorn bushes. Luke 6:44.

Men in prison have had plenty of time to think about how their early choices have affected their later lives.  Not just singular choices of doing bad things they’ve done, but choices about how the people they’ve run with, the relationships they’ve made, have had a long-term negative effect on their current situation.  Like the story one speaker gave: “One time, when I was in high school, I went to a party.  There was a lot of drinking.  One thing led to another and four or five guys had sex with this one girl.  Though I didn’t actually have sex with her, I knew what was going on and didn’t say anything or try to stop it.  I was later accused of doing it and spent a long time and a lot of my parents’ money getting out of it.”  When the speaker gave this testimony, there were a lot of participants in the room who had been through something similar, but they weren’t so lucky.  We all definitely got the message.

‘Choices’ is where we start when our intention is to lead the brothers in a different direction for their lives, and hopefully start them on a journey with Jesus, so they can lead others in ‘the Way’ as well.