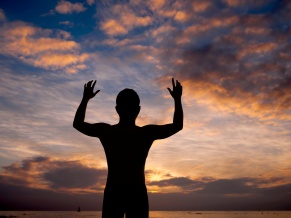 Matthew 25:35-36: 35 for I was hungry and you gave Me food; I was thirsty and you gave Me drink; I was a stranger and you took Me in; 36 I was naked and you clothed Me; I was sick and you visited Me; I was in prison and you came to Me.’ 37 “Then the righteous will answer Him, saying, ‘Lord, when did we see You hungry and feed You, or thirsty and give You drink? 38 When did we see You a stranger and take You in, or naked and clothe You? 39 Or when did we see You sick, or in prison, and come to You?’ 40 And the King will answer and say to them, ‘Assuredly, I say to you, inasmuch as you did it to one of the least of these My brethren, you did it to Me.’

Matthew 20: 25-28:  25 But Jesus called them to Himself and said, “You know that the rulers of the Gentiles lord it over them, and those who are great exercise authority over them. 26 Yet it shall not be so among you; but whoever desires (wants) to become great among you, let him be your servant. 27 And whoever desires (wants) to be first among you, let him be your slave— 28 just as the Son of Man did not come to be served, but (He came) to serve, and to give His life a ransom for many.”

Philippians 2:5-8 says, “Have the same attitude that Jesus had. [BE LIKE JESUS].  6 Though he was God, He did not think of equality with God as something to cling to. 7 Instead, he gave up his divine privileges; He took the humble position of a slave and was born as a human being.  When he appeared in human form, 8 He humbled himself in obedience to God and died a criminal’s death on a cross.”   If we surrender our hearts and our lives to Jesus, we become able to do what He did, to be who He is, to let Him live His life in us.

So the question is, do we want to be like Jesus?  Who you are is determined by the attitude of your heart.  Do you have a servant’s heart?  Have you surrendered to Jesus?