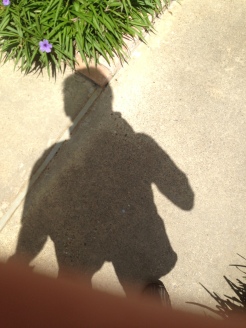 Matthew 5:38 [Jesus said] “You have heard that it was said, ‘An eye for an eye and a tooth for a tooth.’ But I tell you not to resist an evil person.”

Jesus says we’re not supposed to resist the evil person.  We’re supposed to give up, give in, let them have their way.  How can we possibly do that?  The only way we can even consider doing it is if we have truly surrendered to God and we have His Spirit in our hearts.  Then we can say, “Lord, I don’t like this, but I’m going to do what You say.  I’m going to be obedient.”  Why?  Because God really CAN do something about it.  He turns the world upside down every day, just to bring honor and glory to Him.  He can supernaturally intervene and change peoples’ lives, just because we surrender and obey.

It reminds me of Bobby Ray, a friend of mine in prison.  Bobby Ray leads a little Bible study out in the Rec Yard.  One day, he’s getting ready to have the Bible study, and this guy walks up to him and says, “You make me mad.  I’m going to whip your ‘rear’.”  Now Bobby Ray is a big guy, about 50 years old, maybe 6’2”, weigh about 250, not an ounce of fat on him. He says to himself, “I don’t have to take this kinda stuff off this guy.” (Bobby Ray told me one time that the reason he’s in prison is that when he was a little kid, his Daddy told him never to take any ‘stuff’ off anybody, and he had followed that instruction his whole life.)

So Bobby Ray is fixin’ to wipe up the floor with this guy, when he hears God say, “I want you to get down on your knees, right now, and tell him you’re not going to fight him, because you’re going to let Jesus do your fightin’ for you.”  And because Bobby Ray is a serious, surrendered truster in Jesus, he did it!  He got down on this knees, right there in front of God and everybody, (maybe 50-75 guys standing around watchin’)  and said, “I’m not going to fight you, because I’m gonna let Jesus do my fightin’ for me.”   The guy was dumb-founded.  He stood there about a whole minute, just looking down at Bobby Ray, kneeling there on the ground, and then he turns and walks away.  Must’ve been God.

2-3 days later, the next time they had Rec, the guy came up to Bobby Ray again, and says, “I don’t like you; and I’m going to whip your ‘rear’;”  and Bobby Ray says, “No, we’ve already settled this.  I’m not going to fight you so you just need to go on.”  And crazy as it sounds, the guy stood there again for a long time; and then turned and walked away.  I can hardly believe it.  A little while later, that same day, some of Bobby Ray’s buddies came up and said, “We’re going to go over and take care of that guy.”  But Bobby Ray says, “No you’re not. God is doing a great job of taking care of that guy all by Himself, and He don’t need any help from you and me.”

I don’t know about you, but to me that was miracle.  It was a perfect example of the meaning of this verse, about what happens if you don’t resist an evil person, because you’re being obedient to God, and surrendering your whole self to Him.