Life is a lot like baseball.  In order to play you just need to understand a few rules, get down the fundamentals, and then practice.  How much you practice has a big bearing on how you get along.  A coach in Texas used to make his players follow the “Rule of 100″.  Every player had to throw 100, catch 100, hit 100 balls EVERY day.  Sounds like work. But he produced some great baseball players and some great teams.  Went to the State championship a lot of times.

Life in Jesus is like that.  To be a follower of Jesus you just need to learn the rules, get down the fundamentals and then practice. What are the fundamentals?  Talk to God, listen to God; trust God and obey Him. EVERY day.  Pretty simple, but not easy.  Takes practice.  The more you do it, the easier it gets.  The reward is that you develop a personal relationship with the Creator of the Universe and He comes to live in your own private heart.  Life just can’t get any better than that.Like I said.  It’s like baseball.  When you get on a losing streak, what do all good coaches recommend?  Get back to the fundamentals.  When you stick with the fundamentals, it’ll turn your game and your life around. Thanks Tex 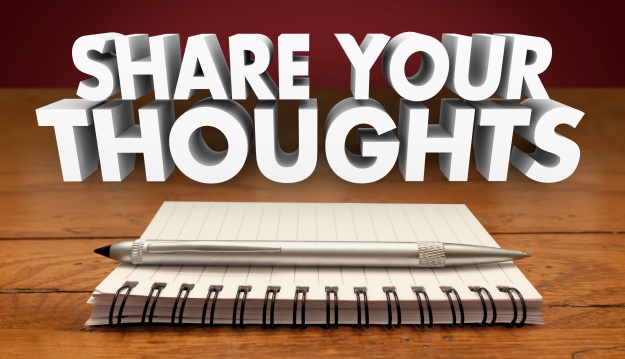 “There is something positively supernatural about writing things down.” Tex (from a letter to my kids)

Well, as you already know, I’m not much good at setting goals.  I’m more interested in fulfilling my role(s).  But all the wise men say, and I concur, that if you wish to reach a goal, or achieve some great thing, or be some memorable person, you’ll get there quicker and easier if you write it down.  Actually, it seems to me that the mere act of writing it down makes it come to pass.  Any idea is more real if you write it down, and the more detailed you make it, the more real it becomes, and the more likely it is that it will come to pass.

And this applies to little every day things as well as for big, long-term goals.  You all know that I make a list of things to do every day, and I update my list every morning.l  It amazes me how often things on that list get done without my ever consciously thinking about them again.  Try it for 21 days.  That’ll make it a habit.  You’ll be amazed too.

I don’t get mad much anymore, (thank goodness), but you know I used to get mad a lot.  If it was a small simple thing I’d holler and get it out of my system, (which I occasionally still do), but if it was a big complicated issue, and I was having a hard time being heard and/or understood by my opponent, then I’d write a long, forceful letter and say all those things I couldn’t think up in a normal hollering match.  And then I’d actually GIVE the letter to the other person.  I guess that’s where I got the reputation for writing “mean” letters.  Later on, I stopped giving the letters to the victims, because I figured out the purpose of the letters.  It wasn’t to convince the person to think or do things my way.  It was only to vent my wrath.  But writing the letter had the great side effect of getting rid of the anger and helping me figure out what was really important, if I got to talk about that topic again.  The moral is: write long, irate letters if you must, just don’t mail them.

In conclusion, I believe there is something positively supernatural about writing things down.  Try it and see if you don’t agree. 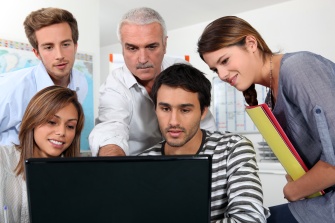 Had an interesting conversation with a couple of brothers today.  One of them, call him Bill, along with his wife, has been searching for a new church home.  The church where they had been going for several years was changing.  Many of the couples they had relationships with had moved away, changed churches, or otherwise lost contact with them.  Several of their friends had gone to one particular church nearby, and they tried that church, but they didn’t like the preachers. The assistant preachers were younger than Bill and his wife, and in their sermons they told stories that were not relevant to Bill’s life.

So for several months (maybe even a year or more) they have been casting about for a ‘new’ church.  They have partially settled on a large church in the area (with an auditorium that seats about 3,000 people, which is filled every Sunday morning.  They like the preaching.  The preachers preach from the Bible and they expect the congregation to participate in application of what is preached to their lives.  And one of the primary reasons for their attendance there is that their 17-year-old son  knows several kids who attend church there and they’re all actively involved in the church activities.  In Bill’s words, “If my son is willing to get up and go to church regularly, then that’s the place for me.”  His wife is not yet so enamored of that church, so they have not yet made a commitment to join.  But they are going to worship services regularly.

I asked Bill if they were involved in any church activities besides attending worship services, and he said no.  He said they don’t say much about personal involvement with small groups in the church.  He said if you want to become involved in small groups you can locate them on their website.  He said at their old church the pastors spent a good deal of time during the worship services on Sunday morning talking about small groups, where they meet, what they’re into, and what they’re studying.  (He even mentioned the “motorcyclists for Jesus” group that meets on Sunday morning before or after church.)  He again mentioned that he and his wife had many friends at the church, but they’d all moved away.  He said that was a substantial difference between the ‘big’ church and their ‘old’ church.  END_OF_DOCUMENT_TOKEN_TO_BE_REPLACED 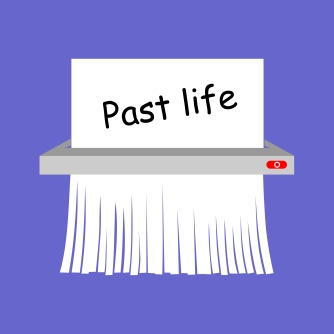 At my house we have a 66-year-old husband, a 55-year-old wife, and a 17-year-old son.  Everyone is involved in more than we can say grace over.  And though we have each other; for which we are all very grateful; we daily shake our heads and strain our brains to maintain stability.  Our church got a whole new pastoral staff this summer, and there have been multiple collateral changes.  For one thing our son and I have been involved for several years in a close working relationship with our youth director who’s been here for 11 years and is now, just this month, moving on.  Most of the kids we have worked with for 5-6 years have graduated from high school and gone off to college.  The few that are left are struggling to keep the program together.  As we look to the future, things are shifting. Seems like almost every week there is an announcement of another change in the leadership. Sometimes we almost lose heart.

But not for long.  Do you know that if you trust God, you can have peace in your heart, in spite of all the crazy stuff that’s going on?  Philippians 4:6-7.  END_OF_DOCUMENT_TOKEN_TO_BE_REPLACED 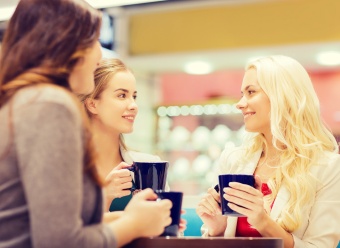 Awhile ago we started talking about what it means to be a “Practicing Christian”.  We suggested that a “Practicing Christian” is one who practices the fundamentals of Christianity, which include focusing on God every day; making Jesus the Lord of your life; having a quiet time which includes reading the Bible and some devotional, praying, meditating and listening to God (every day); and sharing yourself, your life and your knowledge of God with others, through prayer and share, Bible studies, Church and Christian activities (every day).  You notice I’m stuck on the part about ‘every day’.  That’s what Jesus said in Luke 9:23, “If anyone would follow Me [be My disciple, My student, My follower], let him deny himself, take up his cross DAILY, and follow Me.”

So today we’re talking about sharing yourself.  After you’ve spent a little time focusing on God and doing the things that are listed above, you’ll see that your relationship with God is beginning to develop, and without even trying you start feeling the urge to say something to other people about what’s happening to you in your heart.  (It’s that change that the Greeks call metamorphosis, sometimes translated into English as “transformation”.)  It’s the same thing that happens when a caterpillar changes from a worm into a butterfly.  That’s us, when we start to spend time focusing on God.  Paul talks about it Romans 12:2. END_OF_DOCUMENT_TOKEN_TO_BE_REPLACED 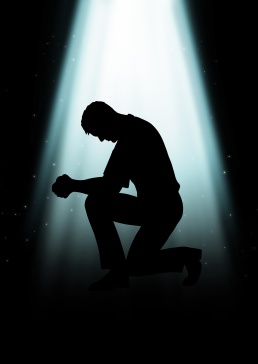 SURRENDER to JESUS and MAKE HIM THE LORD OF YOUR LIFE (every day)  In some Christian churches you can ‘get saved’ by walking down the aisle at the end of a service and declaring your allegiance (devotion) to Jesus.  Maybe you fill out a card with some personal information.  Then the pastor introduces you to the congregation and they vote you in on the spot and you’re saved. You’re a full member of the Body of Christ.  You’re going to heaven.  What more need be said?  Well . . .where’s the teaching and the understanding and the commitment?

In other churches you’re baptized into the church as an infant, then when you’re around 12 you go through confirmation, with the intention that you learn the basic principles of the faith and then you make a commitment to follow Jesus, with baptism by the clergy, and hopefully of the Holy Spirit.

Clearly either of these systems is dependent on concerted effort by the church community to teach the Bible, to demonstrate the fundamentals of the faith, to show ’em what it feels like to have a personal relationship with the Living God.  It requires all of us having a consistent commitment to Jesus and to our brothers and sisters in the Body. END_OF_DOCUMENT_TOKEN_TO_BE_REPLACED 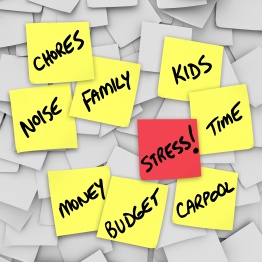 Just this week I’ve been reminded that there are a lot of distractions in the world that keep us from (or impede our progress in) building this kind of relationship with Jesus.  I’m talking A LOT of distractions.  Some of them large and threatening, others apparently small and insignificant, but just as distracting.  Many of these are serious problems that require a great deal of time and attention, particularly in the eyes of well-meaning, God-fearing, Bible-believing people.  Things such as the state of our nation; the many astounding changes in our culture regarding sex, marriage, constitutional issues, leadership problems, immigration, liberal vs conservative disputes, and others too numerous to mention.  There are many, many things wrong, and someone just MUST do something about them.  All are legitimate concerns that require attention.

On the next level are all the things that we have to do TODAY!  Depending on what stage of life you’re at right now, END_OF_DOCUMENT_TOKEN_TO_BE_REPLACED