But the question for today is, “How do you wait?”

Most of us (often including me) wait anxiously.  We worry about things.  Even those of us who claim to trust God (sometimes we DO trust Him) we wait anxiously.  We wait with anxiety. That nagging doubt and fear.  We ‘sorta’ trust the God is gonna take care of us, but we’re still scrambling around looking for ways to take care of ourselves.  We forget Philippians 4:6-7, where it says, “Turn it over to God and get peace that passes understanding.”

At the very least, even if we KNOW God is taking care of us, and that somehow things will work out, we are still worrying about when.  We let the devil keep us agitated about all the stuff that’s hanging over our heads, bills we can’t pay on time, commitments we may not be able to keep; what people are going to think or say if we don’t do this or that exactly when we said we would. 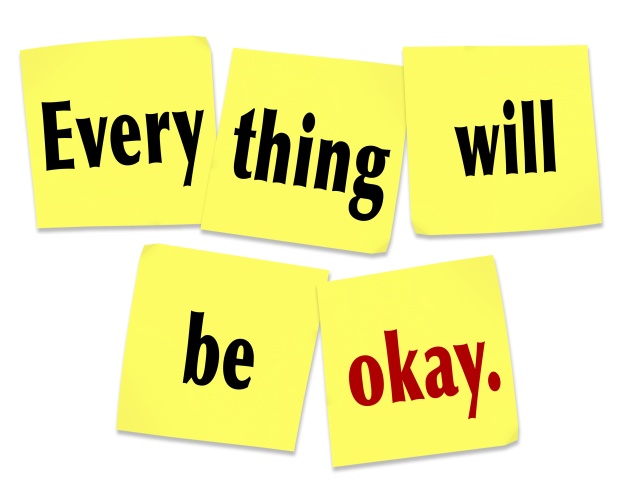 Bob Gold was a boy I met when I was in the Jaycees in Austin.  He was a drinker and a bullshipper, but he was also a responsible member of the community.  He was a factory rep for a paper company.  He didn’t work too hard, but because of his relationships with his customers, he made a good living.  He always had time to stop and talk, even in a big city, high intensity environment.  If he needed to take the afternoon off to counsel or console a friend, he’d do it.  As far as I’m concerned he had the right attitude about life.

The main thing I remember about hmi is that anytime a crisis arose, and nobody could figure out what to do about it, he’d say, “Well, you just can’t worry about everything.” Seems like simplistic nonsense now, but at the time it really meant something.  It meant that you ought to take care, that is “worry”, about something you can do something about; and the stuff you can’t do anything about will either take care of itself, or it will reappear later, when you can do something about it.  It also means there’s a lot of stuff you just can’t do anything about at all, so you might as well not waste          your energy even thinking about it.

Like that verse in Matthew 6:34, which says, “Take no thought for the morrow, for the morrow will take care of itself.  Each day has enough trouble for itself.”  There may be some people out there who would disagree with this advice, but I’m not one of them.  To me, take no thought means exactly that, do not think about things you can’t do anything about, ‘cause you just can’t worry about everything, you just can’t afford to.

And by the way; you don’t have to worry, because God is looking out for you.  Like it ways in the previous verse, “Seek first the kingdom of God and His righteousness, and all these things will be added to you [as well].” Matt 6:33.  If you seek a personal relationship with God, you get LIFE with Him.

On this final day we need to look back to where we were on Thursday, and then look at where we are today.  Might say we’ve come a long way. Think back to the first day and the first talk “Choices”.  We said the choices we make effect where we end up in life.  What do we mean when we say life is a journey?  We’re not really talking about going from one place to another on the earth.  We’re talking about in our hearts.

About being in a new place inside. 1] About realizing we’re different, something has happened, something has changed. 2] Feeling different about others. 3] Finding new experiences and new relationships. 4] What are some new things you have experienced these last 3 days? END_OF_DOCUMENT_TOKEN_TO_BE_REPLACED

This is the first part of the Kairos talk, A CHRISTIAN: I call it “How to Quit Struggling and Start Walking the Walk and Talking the Talk.” Luke 9:23-24, says, “If anyone would be My disciple, let him deny himself, and take up his cross daily, and follow Me.”  Just so you’ll know; the word disciple means follower.  So if you want to be a follower of Jesus, what do you have to do?  Three things: 1] Deny yourself, 2] Take up your cross daily, and 3] Follow Jesus. END_OF_DOCUMENT_TOKEN_TO_BE_REPLACED

Here I am.  66.  Married to a good wife with three grown children and six grandchildren; and a 16 yr old son at home. I’m still working at a ‘real’ job, ‘cause my baby needs shoes.  Really because God wants me to keep on working so I get to talk to people about Him. END_OF_DOCUMENT_TOKEN_TO_BE_REPLACED

I’m always talking about how God will take care of you if you’ll just trust Him.  But will He really?  Will He still take care of you even if you do something really bad; something you knew was wrong before you did it, and you did it anyway?  I mean like when you were doing it, you looked God in the eye and said, “I don’t care what you think;  I’m going to do this anyway”  Will God take care of you, even then, even after that? END_OF_DOCUMENT_TOKEN_TO_BE_REPLACED 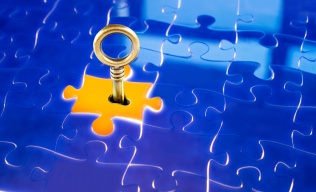 Philippians 4: 6-7:  Tex’s paraphrase: “Don’t worry about anything, but with an attitude of gratitude, tell God what you need, and leave it in His hands.  Then His peace, the peace that gives you comfort and rest, the peace that passes all understanding, will guard and protect your hearts and your thoughts through Christ Jesus.”

How can you tell if people are Christians?  There are several things:

1]   They love one another.  2]   They trust God and surrender to Him daily. 3]   They seek God’s will, and His Power, and His direction in their lives. 4]   They bear fruit –     a] Fruits of the Spirit b] Fruits of more disciples 5]   They read, study and memorize the Bible. 6]   They pray for themselves and others, they meditate on God’s Word and they listen for God. 7]   They tell what they’ve seen and heard about what God is doing in their lives and in the lives of others. (They just can’t help it.) 8]   They are ready to give a reason for the hope that is in them. 9]   They know, be, make and teach others to make, disciples (followers) of Jesus. 10] They gather themselves together regularly to worship God and encourage each other.

Might be a good idea to compare ourselves to this list periodically, to see how we’re doing.   None of us are doing all the right things all the time, but it’s God’s will that we continually grow and develop as Christians by the power and the grace of His Holy Spirit.  (Sometimes you run into someone who exhibits the love and peace of Jesus in their personal demeanor, and even though they don’t say it in so many words, you just know they have to be followers of the King.)

Two things to remember: 1] This is not a comprehensive list of things Christians do (LOL); it’s just a good place to start; and 2] What this is really all about is having a personal relationship with God through Jesus Christ our Lord, and being more like Him every day.

Prayer 1] Listen for God. Meditate on His Word. Apply the revelations you get to your life. Prayer 2] Don’t worry.  Give your problems to God; trust Him; get peace. Like Phil. 4:6-7.  Prayer 3] Trouble? Pray.  Sick? Pray for each other so that you may be healed.  God can and will fix it.  Pray together, pray separately, pray for each other, pray for those who depend on you.  Like James 5:13-20.   END_OF_DOCUMENT_TOKEN_TO_BE_REPLACED

You know, every day with Jesus really IS sweeter than the day before; but sometimes the cares of this world just get you down.  There is too much to do and not enough time to do it all in. The bills are more than the income and lots of people standing in line waiting for their part.  You’re tired, exhausted, and you get depressed from all the toxins in your system caused by the fatigue.  There’s nothing you’d like better than to have one whole day just to sleep, and maybe another day to get organized, but all this stuff is still there demanding attention.  What do we do? END_OF_DOCUMENT_TOKEN_TO_BE_REPLACED